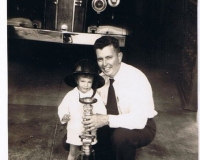 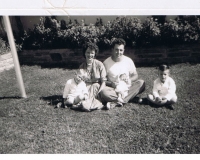 I was excited to come across the MFD website while looking for some historical information on my old high school in Miami (Miami Senior High). I noticed that you had a memorial page and recognized two names: Jack Beach and Elmer Wentworth. I used to date Mr. Wentworth's daughter back in High School, and my parents were very good friends with the Beach's before my father passed away on Dec. 1954 at age 29. He was a Fire Captain (Perry Donaldson Wise) and according to the Miami News clipping, that I will send you when I unpack it, he was the youngest Lieutenant to be promoted to Captain in the history of the department. I had just turned five when he passed, so I don't remember a lot about him. I have a few pictures of him that I am forwarding to you. My mom, who passed away in 1997, told me years ago that he took me just about everywhere he went. The family picture is at the old station on 27th Ave. between Flagler and 7th St. My hope is to get Dad's name on the Memorial section of you web site. Thanks for your consideration. Kenneth Perry Wise Knoxville, TN. 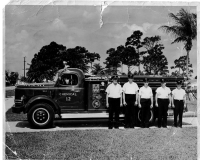 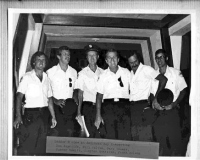 Donnie Reynolds, Bill Voliva, Capt.Gary Thomas, Buster Hewitt, Clayton "Speedy" Gonzalez, Frank Solano we were inspecting the Mutiny hotel in the Grove.... management ask if we could open a room they couldnt get open...... after openin, in a big lavish bath tub we found a body... it had been there for several days.....photo taken by MPD crime scene photographer... 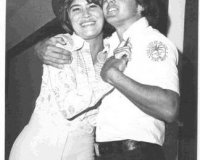 Somebody has to do it... the desk manager at the Mutiny Hotel, thanking me for opening up the locked room..WOW..was that a great job or what...gotta keep the taxpayers happy..what ever it takes 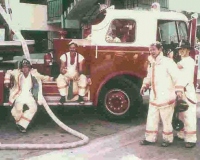 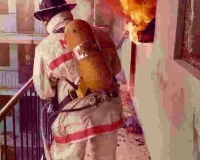 Holy Cow !!!! batman...that's more than just a couch on fire 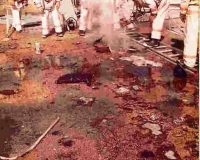 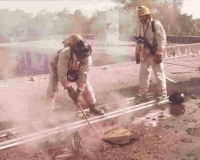 I'll stand here and hold the ladder down Bob....you chop 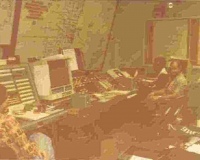 This is the old fire alarm office on SW 1 St Joan, Ozzie and Margie 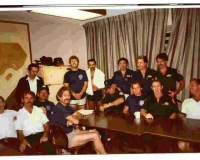 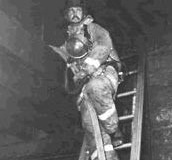 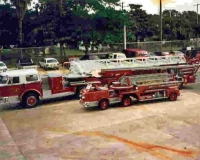 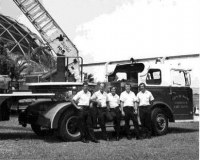 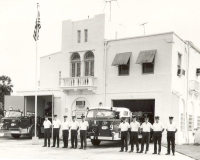 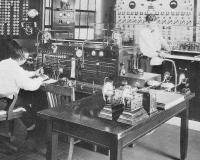 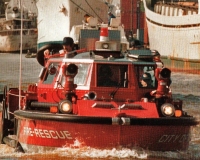 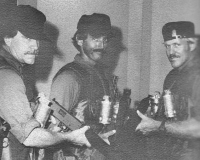 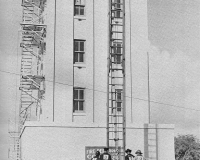 3700 NW 7th Avenue Built in 1933-34 and funded by the Federal Emergency Relief Agency. Classes were held on the first floor and the Fire College office was on the second floor. 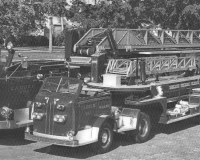 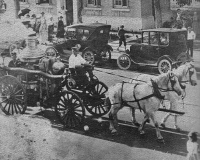 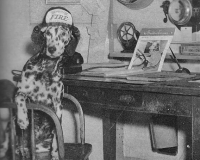 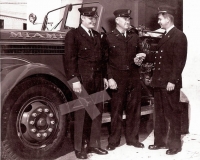 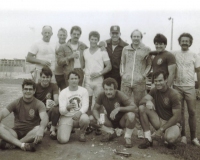 This picture was taken in the mid-1980's. It was behind Station 12. We called it the "Fog Bowl" because we could hardly see anything. It was an "inter-station" football game. This was the "post-game" picture. 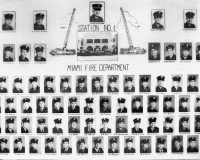 This entry was submitted by Wes Brown, the son of W.S. Brown and the grandson of Guy T Coggin who was on the Miami Police Dept and transferred to the Fire Dept. His nickname was "Big Red".